For identification of BPL families, Government of India has decided that those families who suffers from at least one deprivation under Socio Economic Cast Census-2011 (SOCC-2011) Rural database.

Further, while selecting beneficiaries, preference will be given to families belonging to SC/ST and weaker section of the society. Priority will be given to those states who are having lower LPG coverage (compared to national average) as on 1st January’2016. In case of Assam, in absence of AADHAAR card, Government of India has agreed to include Jan Dhan Accounts as residential proof of applicants.

The part B (The standard gas stove cost of Rs.990/-) has been funding by the State Government.

* Beneficiaries have been selected by the Oil Marketing Companies (OMC) like BPCL, HPCL and IOCL with the help of District Authorities.

In Assam, the scheme has been launched by the Hon’ble Chief Minister, Assam on 13th May, 2017 in the Dibrugarh District.

State Government has provided a Budget Amount of Rs.5 crore in the Budget: 2017-18 and also retain an amount of Rs.1905.41 lakh through Supplementary Demand for the scheme for the Financial Year: 2017-18. 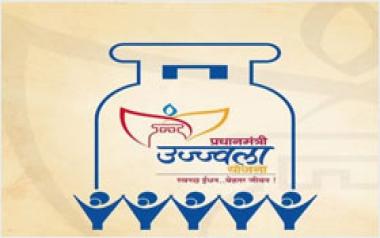